Former President George W. Bush captured the American people’s concern today that domestic political terrorism is as great a threat as foreign. In his new high-profile 9/11 remarks at Shanksville, Pennsylvania, site of the Flight 93 crash, he compared the recent violent acts (Jan. 6) with violent extremists abroad.

“And we have seen growing evidence that the dangers to our country can come not only across borders, but from violence that gathers within. There is little cultural overlap between violent extremists abroad and violent extremists at home. But in their disdain for pluralism, in their disregard for human life, in their determination to defile national symbols, they are children of the same foul spirit. And it is our continuing duty to confront them.” 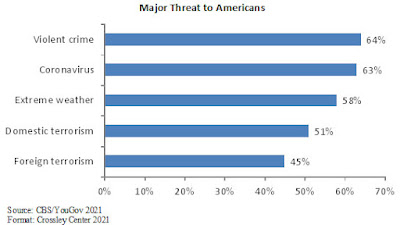