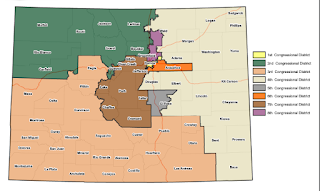 The latest staff proposed congressional map leaves two of Colorado’s congresspersons outside their current districts. Lauren Boebert of Garfield County is now on the newly drawn 2nd congressional district with Joe Neguse. It has a 22 percent Democratic lean according to staff analyses.

Ken Buck lives outside the newly drawn Eastern Slope 4th district. It appears he’s in the new 8th district that drops down to Adams and Denver counties. Congressional residency rules only require living in the state, not the district.

The changes from the first map issued reflect the final data and an extensive round of public sessions, which frequently are of divided communities of interest. The new map attempts to address that, especially in southern Colorado and Jefferson County. The next version may change the political landscape dramatically. 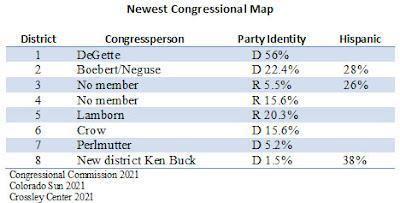 Read The Colorado Sun: The latest draft of Colorado’s congressional map would create a whole new dynamic in the state