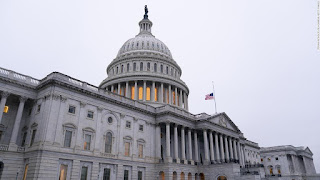 Is U.S. Senate candidate Michael Bennet in trouble in his 2022 reelection? CNN and other rating groups leave Bennet and Colorado off the lists of their top ten Senate seats where a contest is expected. But, Colorado Republicans are hopeful the trials and tribulations of President Biden and the gridlock in Washington has put them in the game, even in Democratic-leaning Colorado.

The campaign of candidate Eli Bremer released a poll September 21 that claims generic Democratic and Republican candidates for Senate test only 2 points apart – 44 percent to 42 percent. The GOP firm tested the two candidates by name – Bennet and Republican Bremer – and they were 8 points apart (D40% to R32%), but 22 percent of the voters were undecided.

One of Mr. Bremer’s challenges will be getting beyond Donald Trump’s reputation and election issues to win the nomination. Trump lost Colorado by 5 points in 2016 and 13 points in 2020. He is a strong force in the party, but a drag statewide.

Bennet is clearly not as vulnerable as Mark Udall appeared in late 2013 and early 2014. His Republican challenger, Cory Gardner, was within 2 points in the named ballot tests.