In what was supposed to be an introduction of the Republican candidates to the party and public has become a major event, which has already narrowed the field from seventeen to ten and likely will produce more winners and losers tonight.

Polls have never been so powerful. Not only were they used to select the top ten, but even the Fox News’ placement of the candidates used the polling data to put Donald Trump in the middle with the next two ranking candidates – Jeb Bush and Scott Walker – on each side and the remaining seven in descending order. 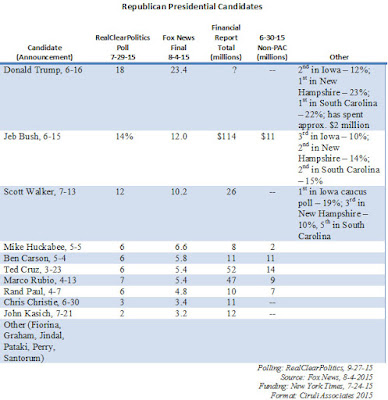