In a new (March 2022) poll conducted by Ipsos with consultant Srdjan Bogosavljević, only 46 percent of Serbians would favor joining the EU, much lower levels of support than in nearby states of Montenegro (90%), Albania (77%) and North Macedonia (74%). 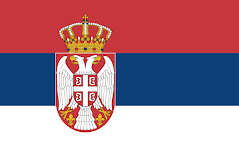 Also, only 21 percent of Serbs have a positive opinion of the EU. Their opinion of it has declined in recent years. In 2015, 14 percent said they did not expect Serbia to join the EU. Today, 43 percent now don’t believe Serbia will join it. Also, the number of those Serbs unwilling to join the EU if Kosovo’s independence is required has grown from 32 percent to 49 percent today.