The latest National Endowment for the Arts study of cultural participation ranks Colorado at the top or near the top among the fifty states in a host of categories of cultural activity. Colorado’s extraordinary participation rates were partially attributed to voters having approved the Scientific and Cultural Facilities District (SCFD) in 1988. 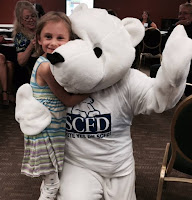 The importance of the SCFD was cited for funding the growth and improvement in art, cultural and scientific organizations throughout the Denver metro area. And equally important, it has provided access to families and children regardless of economic means.

Twenty-eight years of the SCFD program has contributed to generations of involvement with young generations now becoming parents and adults contributing to the record-levels of cultural participation.


Hunt also credited the metro area’s Scientific and Cultural Facilities District which voters first passed in 1988. It's been responsible for the funding and growth of some 300 arts, culture and science organizations across the seven-county metro area. “They make arts and cultural facilities accessible to children and people that who may not have the economic means to pay the admission price," Hunt said. "We may be seeing now, after about a 30-year period, that translating into greater participation." (Margaret Hunt, Executive Director of Colorado Creative Industries, talking to CPR’s Jo Ann Allen, 9/1/16) 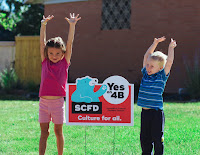 The SCFD renewal will be Ballot Issue 4B, located near the end of the long 2016 Colorado ballot. It will read:

Please vote to renew the SCFD and keep Colorado’s acclaimed program of culture for all in place for another 12 years.
Posted by Floyd Ciruli at 1:16:00 PM