In spite of Donald Trump’s mediocre debate performance and obsessive defensiveness about it, Colorado Republicans are feeling as good as they have about the election since June and Trump becoming the presumptive presidential nominee.

A rising tide lifts all ships and a one or two point presidential race greatly helps Republicans hold Mike Coffman’s district and their one-seat majority in the Colorado Senate. 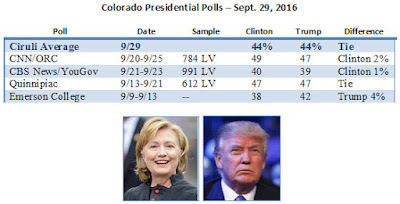