Donald Trump’s quick action on the tragedy in Syria produced significant political benefits for him and the U.S. when Syrian President Bashar al-Assad, believing himself secure, decided to use chemical weapons again. It allowed Trump to frame himself as the world leader for the protection of innocent victims of a brutal, heartless dictator. 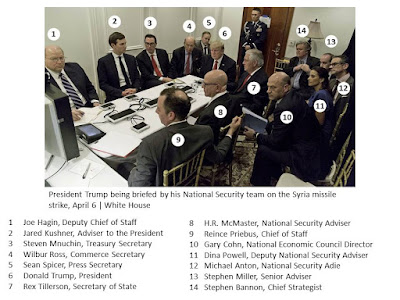 The tertiary benefits are astounding.
See my blog: The Red Line: A decision that leveled a foreign policy
Posted by Floyd Ciruli at 9:46:00 AM