Democrats are beginning to panic about the 8.6 percent inflation, Joe Biden’s approval rating, the looming midterm shellacking and the continued Trump domination of the Republican Party. A few are speculating on and looking for a new and hopefully stronger candidate for 2024.

The Democratic scan for a 2024 alternative is not unexpected, but it is still early and the effort spreads even more gloom. 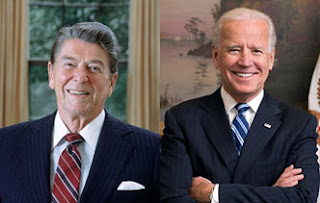 The sad fact is the group that holds the WH gets hit by a stupid-stick, and loses the ability to learn and adapt. Kissinger is probably the most articulate observer on that, and he laid it out pretty clearly.

That being the case we have probably already seen peak Biden.

I suspect the main event isn't even political, per se. Powell is a very rational actor, and he is increasingly frantic on defending the reserve currency status of the dollar. Yeah, he's attacking inflation, but I suspect his larger concern is China, and what happens when the US can no longer simply dump dollars on the world to fix our various financial debacles.