Colorado is no longer a swing state. As of August 2021, a year out from the 2022 election, there is no sense the Republicans can mount competitive campaigns for governor or senate. They are still debating their Trump loyalty and currently considering exchanging the primary for caucus to reduce the possible “distortion” of unaffiliated voters affecting their nominations and nominees.

The condition of the party is a major shift from a decade ago and places Colorado outside of what appears could be a very good Republican year. Upwards of six states are rated as having competitive gubernatorial and senate races at this point for 2022. Colorado is not one of them.

A part of the Republican problem is the collapse of voter identification with the party in the last decade. Registration is down 6 points, twice the decline for Democrats. Most of the shift has been to Colorado unaffiliated voters. It is ironic that some in the party consider unaffiliated voters – 43 percent of the electorate – as a mostly hostile bloc. 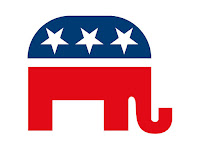 The significant drop-off in registration began in 2016 as the new voters moving to Colorado and young voters becoming eligible were motivated by national politics to participate. They later shifted their interest to Colorado politics in 2018, all to the benefit of Democrats. Donald Trump was a significant part of the Republican collapse. He lost Colorado by 5 points in 2016, nearly twice his national loss, and 13 points in 2020, more than three times his national loss.

If Colorado Democrats are not successfully challenged in one or more key statewide offices, the Democrats will gain the advantage through the 2024 election cycle.