Not only has Colorado shifted to the sapphire “Blue” side of the spectrum, but its counties are being rearranged politically.

The chart below which compares the 15 percent margin in the November election between Michael Bennet and Joe O’Dea in Colorado’s largest counties, shows El Paso and Douglas are becoming more like swing Republican counties providing only modest Republican margins. They are now similar to the formerly strong Democratic Pueblo County, which regularly offers only small Democratic margins.

Denver delivers the biggest statewide vote, even in a lower turnout (67% in 2022 vs 76% in 2018) off-year election ahead of liberal Boulder and the new Democratic strongholds of Arapahoe and Jefferson counties. Among larger counties Republicans still win Mesa on the Western Slope and Weld in the North Front Range. 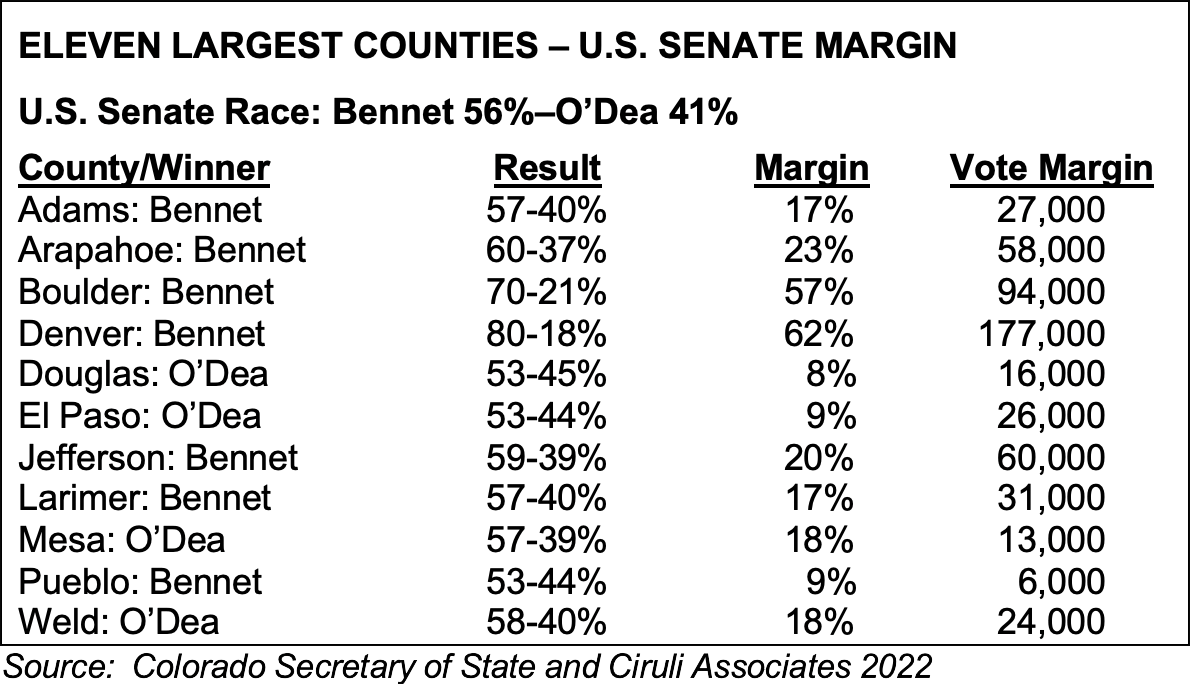 Among the biggest factors shifting Colorado’s voting patterns were the rapid growth of voters during the last decade (about 1 million voters). They largely settled in the Denver metro area with some overflow in Larimer and Weld in the North Front Range and El Paso in the south. They also primarily registered as unaffiliated. In 2012, unaffiliated voters were 37% or 900,000 voters. In 2022, they were 46%, and 1,734,000 voters. Since 2016, they have been primarily voting for Democratic Party candidates.