The Year of the Indo-Pacific

Policy and politics shifted dramatically in 2022 in the Indo-Pacific region. From the rise of and cooperation between the authoritarian super-states of China and Russia to the impact in Asia of the war in Europe, the assassination of Shinzo Abe, and direct military threats of China and North Korea against democratic states, the Indo-Pacific became a world theater under stress. The year’s dramatic events foreshadowed significant changes in the domestic politics and foreign policy of Indo-Pacific democratic states.

The new year recalls the mid-1930’s moment in Europe – quiet before a great storm. Military investment are in a hurry-up mode to hopefully deter war or if deterrence fails, counter the initial onslaught.

The following is a brief review of 2022 events in the northern Indo-Pacific:

Highlighting the dangers in the Indo-Pacific was the tragic loss of former Prime Minister Shinzo Abe, whose signature policy initiative was defending a free and open Indo Pacific. Simply avoiding an incident in 2023 that leads to conflict will be considered a success. 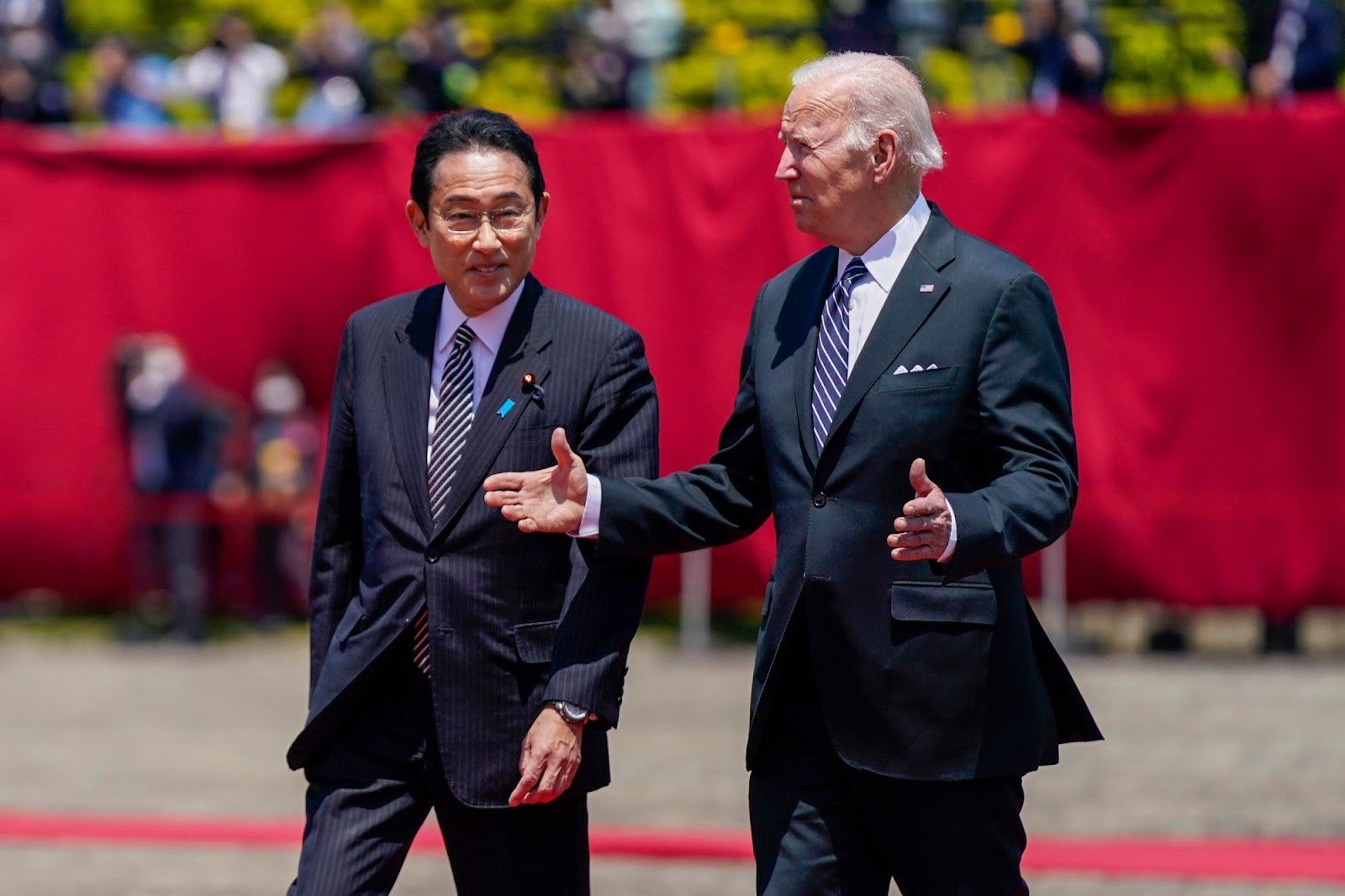 AP Photo/Evan Vucci
President Joe Biden meets with Japanese Prime Minister Fumio Kishida at Akasaka Palace on May 23, 2022, in Tokyo.
Posted by Floyd Ciruli at 11:25:00 AM