A record voter turnout fueled by 291,000 unaffiliated voters set the stage for an expensive, negative battle to November. Republicans were pleased that Jared Polis is the Democratic nominee. In their view, he’s the most vulnerable. But, Democrats were ecstatic to see the heavy Democratic voter turnout and huge supply of unaffiliated voters. Although final numbers won’t be available for several days, the Secretary of State reported 1,174,000 votes total. 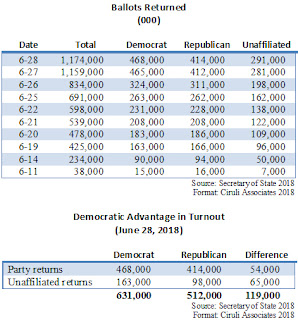