The Red Wave which the history of midterms and many 2022 polls predicted became barely a ripple. What happened?

As the National Political Dashboard for November 8 displays, President Biden’s approval was deep in negative territory (-12%), the generic test was tilted toward Republicans (2.5%), inflation was at 8 percent and the markets down, all elements of a bad referendum election for the president’s party. 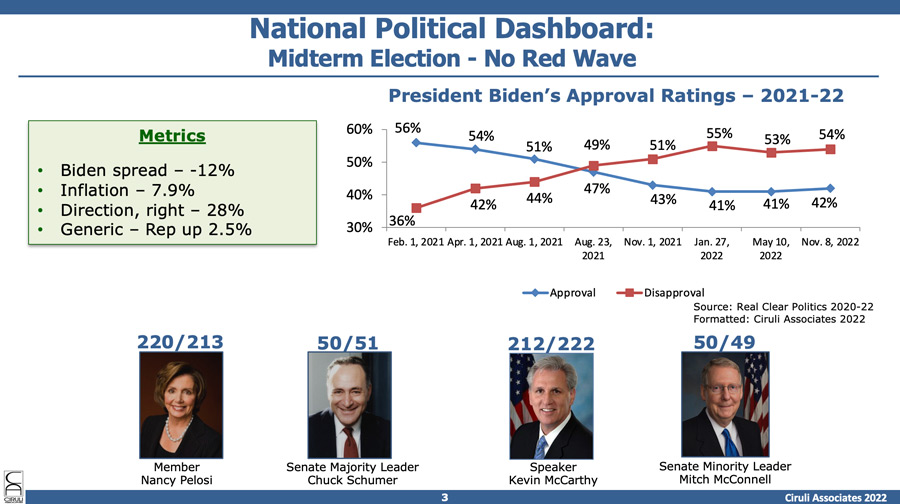 But the election shifted from a referendum to a choice between the Democrats and a Republican party that appeared extreme to critical groups of independent voters, millennials and Gen Z especially women.

From the June Dobbs abortion decision through the summer January 6 House hearings on the threat to democracy to former President Donald Trump’s high profile interventions in Republican primaries in favor of several controversial candidates the spotlight focused on the Republican party’s vulnerabilities. Also a sudden burst of legislative accomplishment, especially the Inflation Reduction Act provided Biden and Democrats a platform to run on.

Democrats gained a seat in the Senate, lost the House by only 9 seats, and have two more governors. An exceptionally successful midterm for Joe Biden’s party.