Republicans failed to pick up a single western senate seat after considerable fanfare. Nevada and Arizona, the two best targets, were lost due to the quality of candidates and campaigns and the collapse of the Red Wave.

The map shows that Professor Sabato in the Crystal Ball predicted a 51 to 49 Senate with Republicans holding Pennsylvania and picking up the Georgia seat. However Democrats won both. 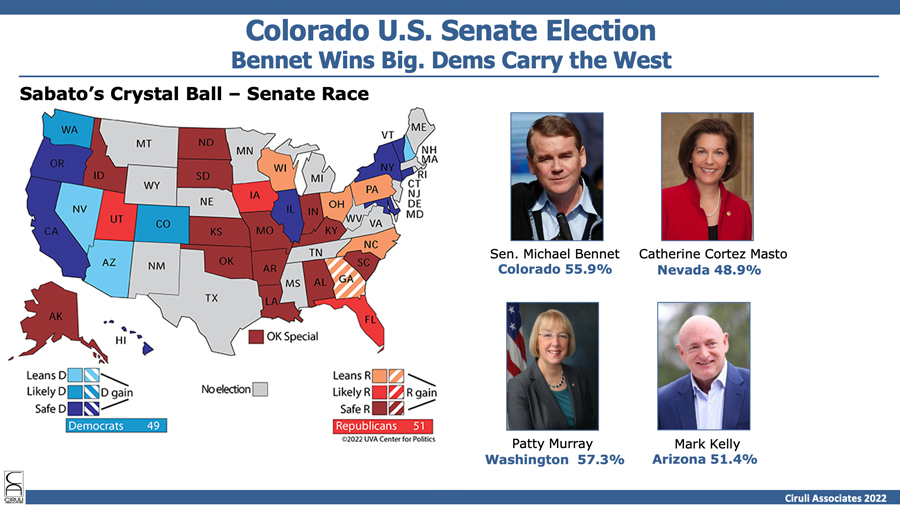 Democrats have made significant progress in this century amoung the fastest growing Western states. Today there are no Republican senators in Arizona, California, Colorado, Nevada, Oregon, Washington, or New Mexico. With the exception of Nevada, where a Republican beat a Democratic incumbent by one percent, there are no Republic governors in the same list of states. Governors Newsom in California and Polis in Colorado won landslide victories and are now considered potential presidential candidates.