Will Colorado Republicans Win More Than 45% of the Vote?

Donald Trump’s been a loser in Colorado elections winning only 43 percent against Hillary Clinton in 2016 (-5%) and 42% in 2020 against Biden (-13%). But, he was also a disaster in the 2018 midterms when the Republican party was wiped out in statewide offices and also lost by 11 points a Congressional seat Republicans had held since its creation in 1983 (Jason Crow-D beats Mike Coffman-R).

Democrats won across the board in 2018 with no Republican including the incumbent Secretary of State Wayne Williams getting more than 45 percent of the vote. Jared Polis won the governorship by 10 points against Walker Stapleton (43%). Stapleton had Trump’s “complete and total endorsement.”

Will any of the 2022 Republicans who have mostly tried to shed their relationship with Trump win more than 45 percent? 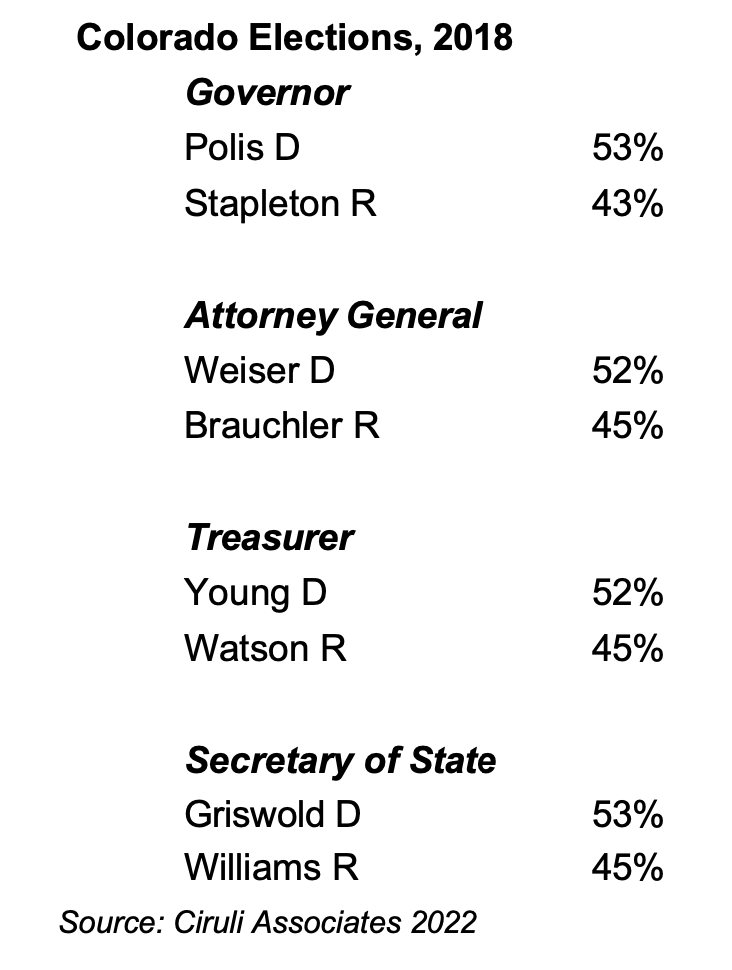