I described it as part of the strategy to reduce Hispanic voter support for Democratic candidates. The new 8th Congressional district, which has 40 percent Hispanic voters, is the likely target. The race is considered one of the most competitive in the country.

The Denver Post and Colorado Sun reported it as a part of a national strategy that claims President Joe Biden and his “leftist allies are indoctrinating your children” with pro-trans information.

LISTEN:
Will Colorado Republicans Get Support from the National Surge? KOA 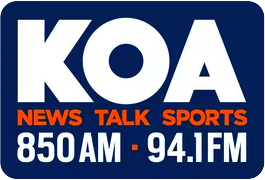