The Cuban Protestors Upset the Regime

Raúl Castro, former dictator of Cuba (90), was just rolled out to help the government suppress the street protests. Castro called for the faithful revolutionaries to confront the “counterrevolutionaries.” Framing any type of protest as a counterrevolution has been a regular Cuban strategy for 60 years. As of now, they have suppressed the protests with arrests, street thugs and shutting down all social media, internet and cell phone communication.

But the irony of their position is that for two decades the Castros and Cuba supported the Venezuelan dictatorship of Hugo Chávez. The utter failure of that government produced a flood of Venezuelan refuges that have entered south Florida. They have joined and reinvigorated the Cuban anti-communist movement, which had appeared tired and out of gas during the Obama administration.

Florida politics is now so anti-socialist/anti-communist that the Biden administration, which is reviewing its options, has very few that don’t promise a hardline on both countries.

What the Castros’ sowed, they now reap. 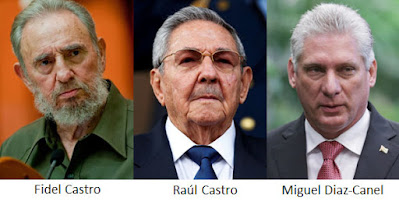