Will Britain Leave the EU?

On June 23, British voters will decide to leave or stay in the EU. Polling forecasts have the stay forces slightly ahead, but it is expected to be close and final campaigning is intense.

Prime Minister David Cameron had to schedule a referendum as his parliamentary majority is narrow and his own party is strongly divided by the issue. If Britain votes to separate from the EU, not only will the decision begin a costly and undefined process, but the implications are significant well beyond the immediate effect. 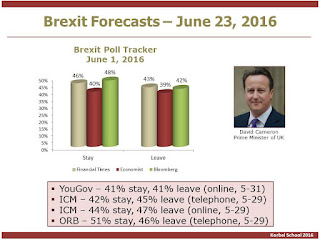