Republicans have been volatile during the nomination season. Newt Gingrich reached 37 percent support in early December before Iowa and the Super Pac attack ads. Romney took over the lead (37%) at the beginning of the South Carolina primary, but lost it in the Gingrich sweep.

Gingrich’s lead tightened to one after Florida, and now Romney has a 6-point lead – 34 percent to 28 percent for Gingrich. A Colorado caucus victory could seal the deal as Romney goes into March 6 Super Tuesday. 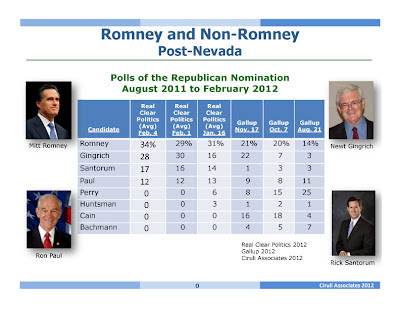