U.S. Secretary of State Rex Tillerson was fired by a Tweet on March 13, 2018. Although he made it one year from his confirmation (February 1), the firing was not communicated to him in advance. He thought he’d make it through 2018.

The Buzz asked, “Tillerson Gone?” on December 5 during the last wave of speculation about his replacement (Pompeo). Trump said the main reason for firing Tillerson was that they did not see eye-to-eye on issues like the Iran agreement. There were, in fact, a host of issues Tillerson had a different slant on. 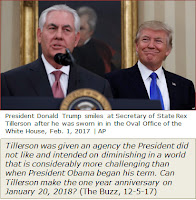 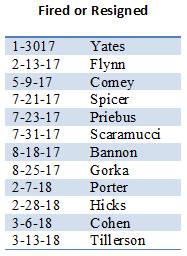