Does impeachment spell doom for Cory Gardner? Can Hickenlooper survive the Democrats’ climate change agenda? Will Bernie Sanders be a viable candidate in the Colorado March 3rd primary? Will the unaffiliated vote in the primaries favor Biden, Warren, Buttigieg, others? Can Proposition CC overcome the voter skepticism of state tax initiatives?

The panel of political experts opined on these and a host of other topics shaping Colorado’s 2020 political environment and likely to influence the March 3rd presidential and June 30th senate primaries. The panel was bipartisan with longtime participants in the political process who are often called on to make public observations.

Floyd Ciruli, director of the Crossley Center for Public Opinion Research at the University of Denver’s Korbel School of International Studies, moderated. The event was organized by the Crossley Center. The panel had some sharp disagreements, but they made a point of describing their friendships and observed that politics can be civil in spite of differences of opinion.

More than 60 community members, professors and students participated and offered commentary and questions.

The Crossley Center will sponsor another forum in the spring as the political year gets underway. 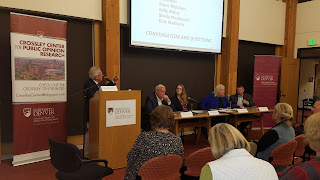 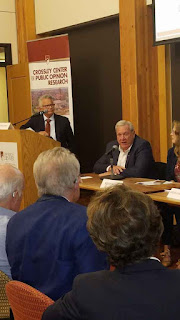 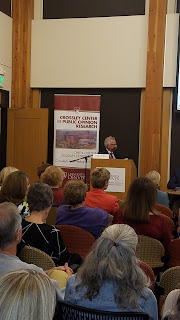 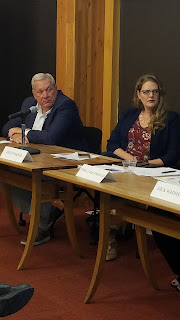