The latest national Gallup poll shows a shift of opinion from 50 percent of Americans who were pro-choice in 2008 to only 42 percent today. Pro-life position surged from 44 percent in 2008 to 51 percent today. 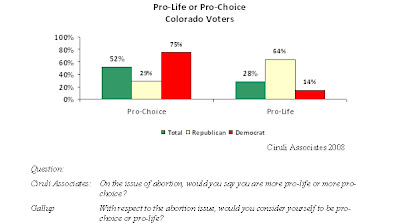