I asked in a November 2 blog post if Colorado Republicans would best the 45 percent high they won in statewide races in 2018--answer, No. Jared Polis won the governorship in 2018 by 10 points. This year, Polis won by 19 points. 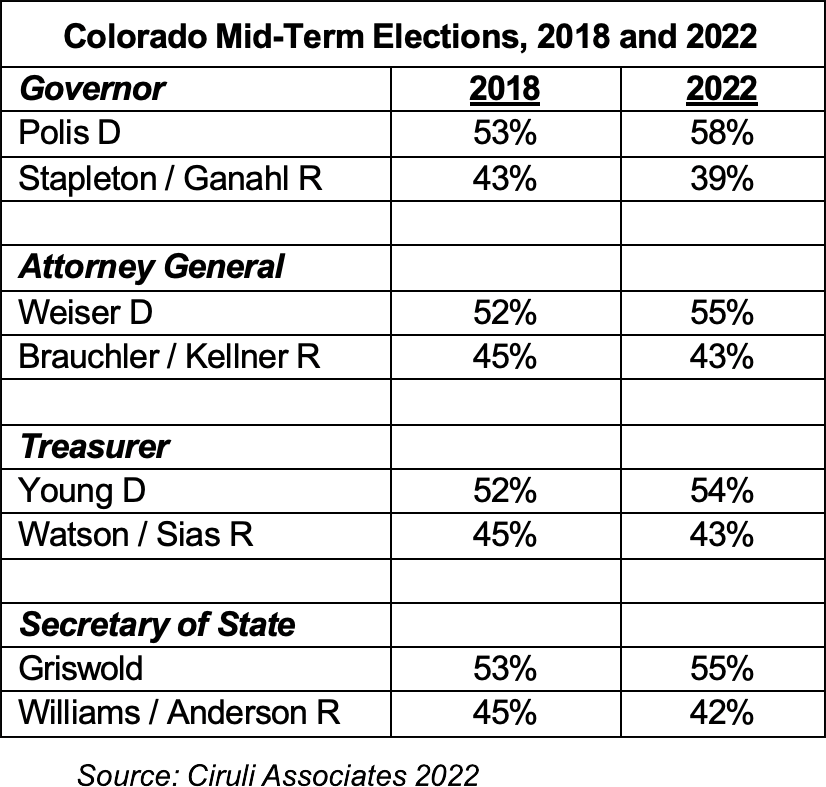 Along with the state sweep, Republicans were beaten in the marquee Federal competitions. Senator Michael Bennet was reelected by 15 points and the new 8th Congressional district rated leaning Republican, was won by the Democrats in a close race with more than 1500 votes. The seemingly safe district of controversial Congressperson Lauren Boebert was held by only 500 votes.

RELATED: Will Colorado Republicans Win More Than 45% of the Vote?
Posted by Floyd Ciruli at 2:56:00 PM