Western Senate Races Could Shift the Senate to Republicans

Although the West only has two toss-up presidential races as of October 24, it has five competitive U.S. Senate races that could, if they fell perfectly for Republicans, give them three of the four seats they need for control.  Of course, the races east of the High Plains would need to produce no net loss.

In the West, Republicans need to hold seats in Arizona and Nevada, and pick up seats in Nebraska, North Dakota and Montana – a three-seat net gain.  The senate races in California, Utah, Washington and Wyoming were never considered competitive. 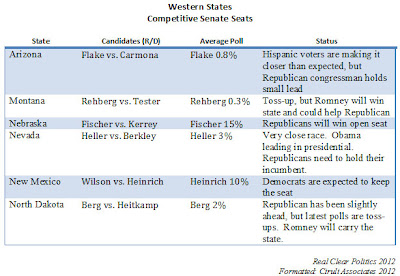 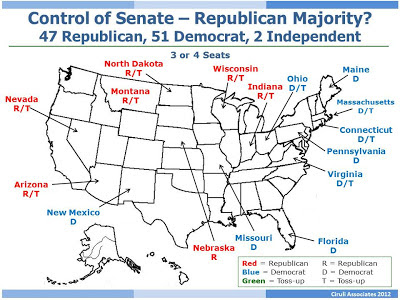