Early Poll Has Democrats in Lead in Georgia Primary 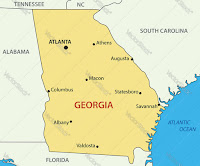 A new poll shows Democrats ahead in Georgia’s Senate races. So what you say? That’s what pre-election polls said in Iowa, Maine and North Carolina.

That’s true. But, they also got the races right in Colorado, Arizona and Montana, and by Election Day, the polls narrowed or varied enough in many contested states to be declared toss-ups. Most importantly, for the next three weeks Georgia will be a political story in the country, the stakes are high and there will be multiple polls to consider. So, let’s start.

The pollster is SurveyUSA, which conducted a couple of Colorado polls during the U.S. Senate race for 9KUSA and Colorado Politics. They captured the Hickenlooper victory close to the June 30 primary and were in alignment with other polls and the results in the November 3 general election.

This will likely be a more difficult electorate to estimate in terms of turnout. It’s unique – a double primary – after a polarizing close presidential race and for control of the U.S. Senate. Plus, there is a defiant President railing about being cheated by Georgia election officials. The assumption is that Democrats start behind. Except for Joe Biden’s 11,000-vote win, most statewide Democrats struggle with rural and working class voters and not getting the needed margins of Hispanic voters or exceptional Black turnout.

The main conclusions from the poll:

Who believes that polls have any relation to reality?
cf. Maine Senate, NC Senate.