Courts and Judges are Important to Both Parties

In a recent poll on the most important issues in the election, Supreme Court appointees were third on a list of 12 items asked of voters in early August 2020, with 68 percent of voters making it a “very important” issue. It ranked ahead of the coronavirus and violent crime, but behind the economy and health care. Both Democrats (61%) and Republicans (66%) believe it is very important, each from their own perspectives. 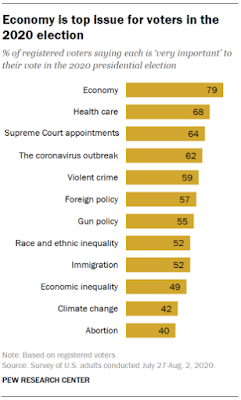