At a western polling conference (PAPOR), the latest California presidential primary polling makes clear that as candidates and Democratic voters approach March 3, Super Tuesday, they are as of today likely to get an inconclusive event, with four top candidates each with about a fifth of the vote and the last 20 percent scattered. And, nearly all the voters are still examining options and have second choices.

It is ironic that the biggest state, California, moved up its primary from June 2 to have an impact at the start of the race, but it might have had a more decisive role if it had stayed at the end. 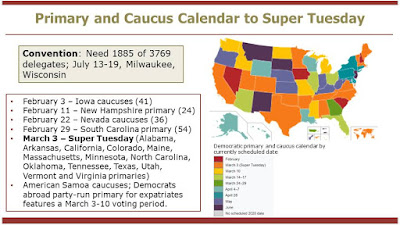 California’s 416 delegates will swamp the February count of the four early states (155), but their timing and media coverage tends to provide an outsized influence. 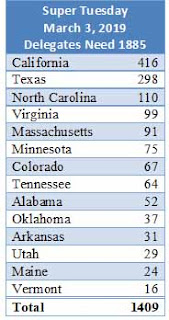