KOA Interview With Marty Lenz: Hickenlooper on Meet the Press

John Hickenlooper held forth on a long Meet the Press interview with Chuck Todd last Sunday (March 31). Todd previewed Hickenlooper with the intro:

KOA’s ongoing coverage of Hickenlooper and his presidential campaign was moderated by Marty Lenz. We reviewed the NBC interview and where he stands today in the race.
Hickenlooper’s responses lead into his campaign theme, which is that there are Colorado solutions and his experience at getting diverse people to agree to address problems is a winning formula. The answers tend to be indirect and wordy, but the key question is: Does it play in Iowa, New Hampshire and generally on the road? It certainly doesn’t produce applause lines yet. 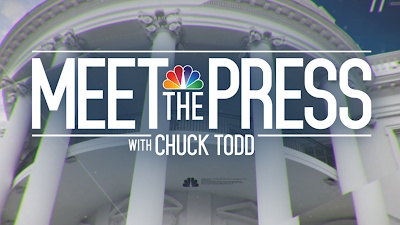 Part of Hickenlooper’s challenge as a Democratic moderate is that he’s trying to avoid offending any part of the Democratic coalition. For example, the label “extreme moderate” could turn off the establishment as to what does “extreme” mean, and for progressives, it sounds too moderate. Hence, Hickenlooper tries to avoid labels like the measles. Witness his “passionate capitalism” escapism on Morning Joe.

Hickenlooper hasn’t moved up in the queue. In fact, his move up is probably more difficult today due to the entering of Beto O’Rourke (huge crowds and funding), Pete Buttigieg ($7 million in contributions) and increased campaigning by Amy Klobuchar, who compete for moderate Democrats.