It clearly has become part of the arsenal of attacks from Vladimir Putin as he resists what he considers the offensive interference in Russian affairs from the West and he attempts to assemble the world’s traditionalists in a counterattack.

Americans are not as accepting of gay rights as many countries in Western Europe, but there is a significant international divide of acceptance of homosexuality and much of the Middle East, Asia and the Far East are on Russia’s side of low acceptance.

There are also differences between men and women and younger and older citizens worldwide. 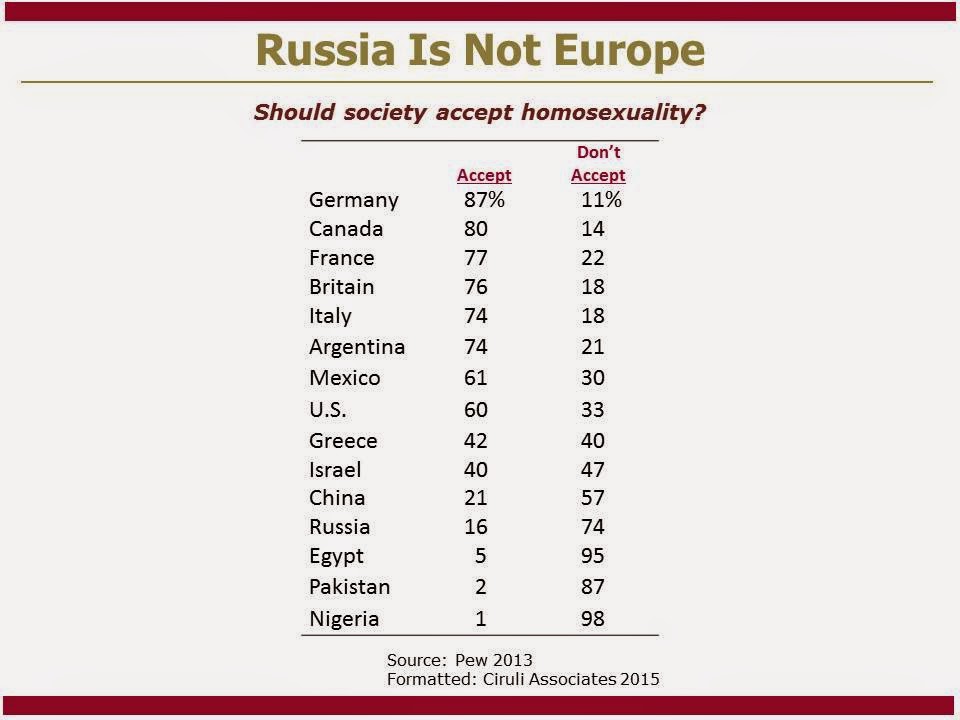 I am pretty sure that there are more countries in Europe than the five shown.
What about Spain, Latvia, Malta, etc.