Even Obama is Moving to the Right of Obama

President Obama reportedly considering request to slow withdrawal from Afghanistan – 2-12-15
Obama is reviewing his policy on arming Ukraine and “is certainly interested in the views and thoughts of top advisors.” – 2-4-15
Obama tells Iran at the highly covered press conference with Angela Merkel the ball is in their court. “They need to make a decision.” “Does Iran have the political will to make a decision?” – 2-6-15 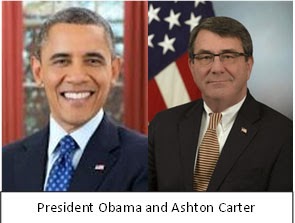