Brian Williams Will Not Be Back

Was he entertaining; that is, just telling interesting, but fictional stories, lying to puff himself up or a
celebrity-induced delusion? The debate will continue, but Brian Williams will not be back.

Williams was at the top of his game, and he was at the top of the flagship network news program as the face of NBC. Pew Research just reported NBC was the biggest source of news in the U.S. – averaged 8.5 million viewers per night in 2013 (Fox, News Primetime is about 2 million). Not only did he seriously damage NBC News’ reputation and all its affiliates, such as Channel 9 KUSA locally, but he contributes to the low esteem mass media is held in general in the country.

Frank Newport, the editor-in-chief of Gallup, just released a special report on trust in mass media. It interpolates from their regular ranking of American institutions. Television news is at the bottom at 18 percent. It just beats out Congress. 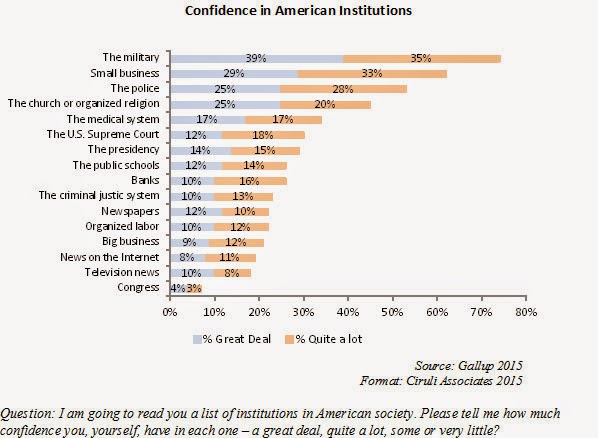 If we had a military coup, would people be upset?
Sometimes, I wonder.