Denver, Colorado – The Denver Public Schools’ performance rating had declined during the last decade, and now less than one-third of Denver voters rate its performance positively. 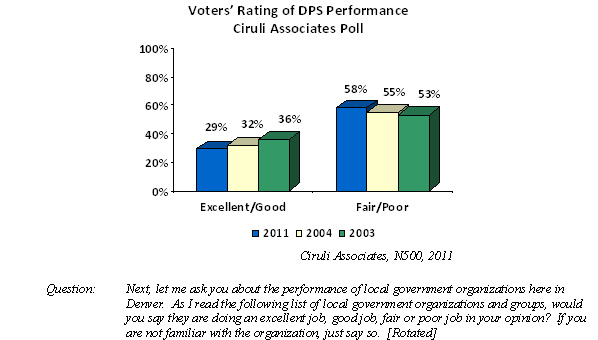 Of special concern for DPS is the fact the children of the constituencies it most schools offer the lowest ratings – overall 21% poor rating, Hispanic voters 28%, African-American voters 34% and Anglo voters 19%.

The survey was conducted by Ciruli Associates with 500 likely Denver voters from March 28 to April 12, 2011. The statistical range of error is ±4.4 percentage points.
Posted by Floyd Ciruli at 10:22:00 AM