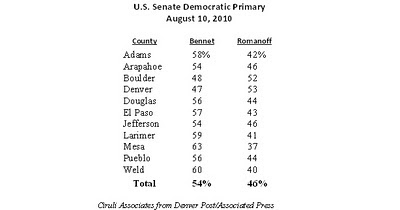 Expect to see the DNC machine this fall. Republicans may have enthusiasm and issues, but they still do not appear to have caught up with the Obama campaign’s technical sophistication.
Posted by Floyd Ciruli at 2:10:00 PM